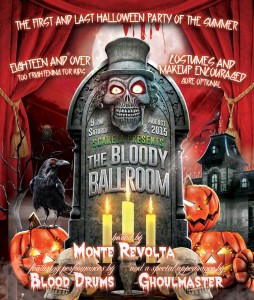 Your first and last Halloween party of the summer will feature non-stop dancing, performances from some of LA’s best horror themed performers, and, of course, a costume contest to encourage you to let your inner monster out!

The Bloody Ballroom costume contest will reward prizes for the scariest cosplay/costume, best original monster, and a surprise category to be announced night of the show.

Tickets on sale now — use code BLOODY for a limited time for 25% off!