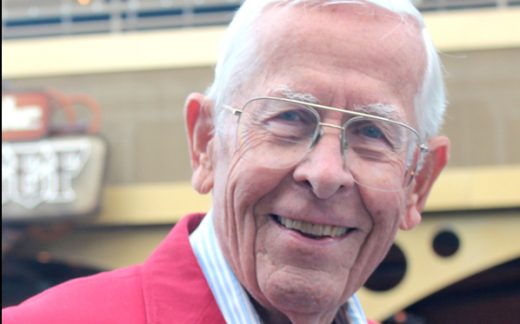 Iconic Imagineer and Disney Legend Bob Gurr is one of two remaining original Imagineers who was hired by and worked under Walt Disney himself. Bob was recently featured in the PBS Documentary, American Experience Walt Disney. His most famous work was for Walt Disney’s Disneyland Park, and its subsequent sister parks. Bob is said to have designed most, if not all, of the ride vehicles of the Disneyland attractions, including the Autopia cars, Haunted Mansion doom buggies, the Disneyland Monorail, the Submarine Voyage, and the Matterhorn Bobsleds and many more. He also developed the first realistic humanoid animatronic Mr. Lincoln for Great Moments with Mr. Lincoln. He was named a Disney Legend in 2004. He also worked on the King Kong Encounter animatronic for Universal Studios Hollywood, designed the space ship for the opening ceremonies of the 1984 Olympic Games in Los Angeles, developed animatronic dinosaurs for Steven Spielberg’s Jurassic Park movies, designed effects for Michael Jackson’s Victory tour as well as countless other projects and attractions that have entertained us for years and will continue to live on for generations to come.

He will be appearing at the Haunted Orange County booth 11am-3pm on Saturday and 12pm-4pm on Sunday.