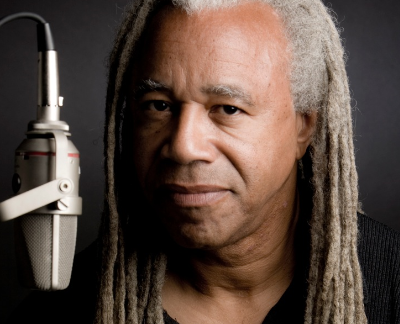 Dave Fennoy is one of the most sought after voice actors in Los Angeles. He is known for his versatility, providing voices for commercials, narrations, TV promos, award shows, animation and games.

Gamers enjoy his work on numerous games including his portrayal of Lee Everett, the lead character on 2013’s Game Of The Year, The Walking Dead Game, earning him 5 nominations and 2 trophies for best performance in a video game. Dave has provided the voice a variety of creatures, characters, warriors, wizards, and weirdos on more than 250 games including some of the industries biggest titles including Batman Arkham Knights, Worlds of Warcraft, Worlds of Starcraft, Metal Gear, DOTA, Transformers, Ultimate Spiderman, Delta Force, The Curse Of Monkey Island, and Skyrim, the Elder Scrolls.

He has been a regular in numerous cartoon series including Star Wars The Clone Wars, Archer, The Lebrons, Kim Possible, Ben 10, Darkwing Duck, New Kids On The Block, Pro Stars, Johnny Quest and Sonic The Hedgehog. 50 million daily viewers of Hulu dubbed him “The Hulu Guy”, the omnipresent voice heard before programs on the internet based TV multichannel from it’s inception in 2008 until mid 2014.

Narration credits include programs for National Geographic, Discovery Channel, Science Channel and his voice is currently sharing many secrets of the seas on Animal Planets “WILD DEEP” and Science Channel’s “WHEN EARTH ERUPTS”.

Film voice credits include “The Campaign”, Ghost Rider, Happy Feet and Kings Ransom. Dave has also been the in show announcer for several TV and Award shows, including Late Night with Gregg Kinnear, The Billboard Music Awards, The Teen Choice Awards, Cedric the Entertainer Presents, 2013’s National Christmas Tree Lighting Ceremony on PBS where his voice introduced President Barack Obama and the 1 st family, and for the 15 years he was an institution as the in show announcer for The NAACP Image Awards.

Mr. Fennoy is also a sought-after VO instructor, speaker at voice over events, and the subject of a chapter in the book Secrets Of Voice Over Success by Joan Baker.