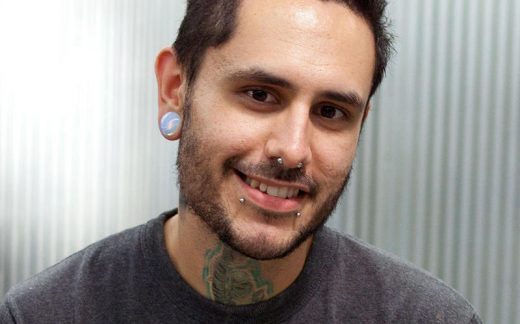 A gifted make-up artist, Gage (“Munster”) Hubbard became terrified of Freddy Kruger after watching A Nightmare on Elm Street at just six years old while living in rural Utah. In order for him to not be afraid of Freddy, his mother and father bought him his first Horror FX magazine to show how Freddy’s makeup was applied. It was then that he yearned to understand more about the art of special make-up effects.  Growing up, Gage was labeled an outcast. He loved alternative music, wore crazy/funky clothes, and buried himself in R-rated monster movies and his artwork. Gage is an openly gay man who grew up very close to his mother, whom he utmost admires. He has been living on his own since he was 17 years old, moved to Las Vegas, then shortly thereafter to Los Angeles, where he adopted the nickname of “Munster,” and put himself through make-up school. He has been working professionally since 2005.