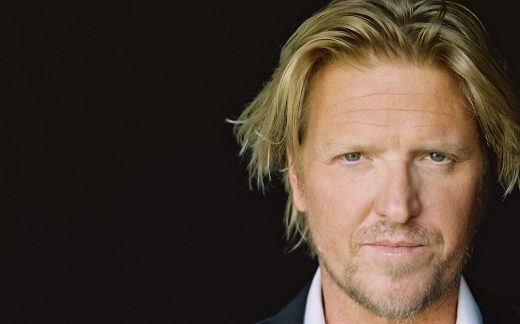 Actor, "The Predator", "From Dusk 'Til Dawn"

Jake Busey was born, raised and is living well in show business.

The son of photographer Judy Lynn Helkenberg and actor Gary Busey, Jake obviously spent his childhood on film sets, on the road with his father’s bands and grew up as a complete artist. Spending many years side-stage-studying such acts as Willie Nelson, Leon Russell, and Feetwood Mac, Jake found his passion for music and performing.

Busey entered the industry with a bang in his first motion picture STRAIGHT TIME (1978), starring alongside his father and Dustin Hoffman.  Ever since, Jake has worked with Jodi Foster in CONTACT, Will Smith in ENEMY OF THE STATE, Michael J Fox in Peter Jackson’s THE FRIGHTENER’S, Luke Wilson and Drew Barrymore in HOME FRIES, Reese Witherspoon in S.F.W., and most memorably as the smart-mouthed Private Ace Levy in STARSHIP TROOPERS.

Most recently, Jake starred in the Shane Black / Fox feature The Predator.  Jake is also recurring on Ray Donovan (2017).  Busey appeared in the final season of FX’s hit series JUSTIFIED and starred in 3 seasons of Robert Rodriguez’s FROM DUSK TILL DAWN, airing on the El-Rey Network.

A bit of a modern-day Renaissance man, Jake’s passions in life include fatherhood, acting, music, flying planes when necessary and fabricating custom motor-bicycles. What’s a motor-bicycle…? Visit thejakebike.com and you’ll find out!

Jake Busey will be signing at Screamfest Booth 100.