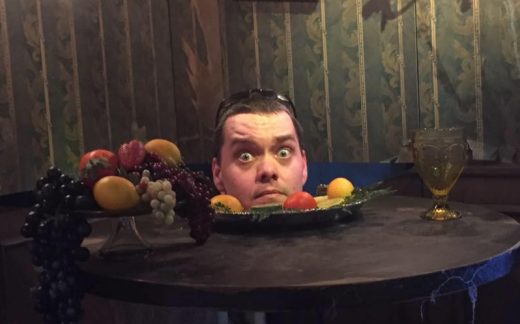 He started his career in the broadcasting trade, continued for over a decade, & afterwards branched off to create his own entertainment media production company and professional disc jockey marketing/promotion business. John also helped create one of the largest and first ever media agencies dedicated to the world of Haunted/ Halloween attractions.

He is an award-winning entertainment producer residing in Los Angeles. Johns’ passion for quality entertainment for the masses fuels him to continue to produce and manage projects for TV, Film, Theme Parks, Attractions, & Companies worldwide. These opportunities have led John to residencies, shows, & production in cities such as Orlando, Detroit, Las Vegas, San Francisco, & Los Angeles. Over the years his work has been seen and heard on networks such as Disney ABC, CBS, NBC Universal, ESPN, & Fox News to name a few.