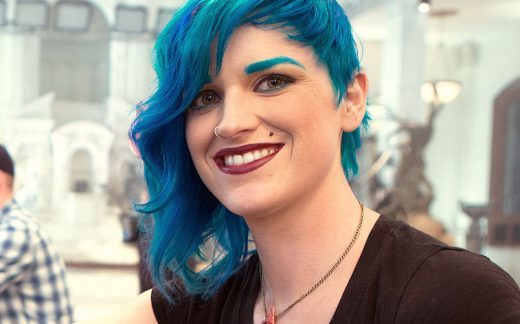 Keaghlan Ashley originally discovered special effects makeup when she was performing and designing for community theatre. She found character makeup an intriguing form of expression that she could use to push her own characters and performances further. Eager to learn all she could in sculpture and prosthetic application, this led to her attendance at the Tom Savini Special Makeup Effects Program. With that background in musical theatre, she gives intense scrutiny to how the makeup will appear in action. Her main short-term goal is to challenge herself with every new makeup she attempts. Her long-term goal is to share her art and designs with the world through her company Red Till Dead Design, and to eventually open an art gallery to showcase all forms of creative expression.