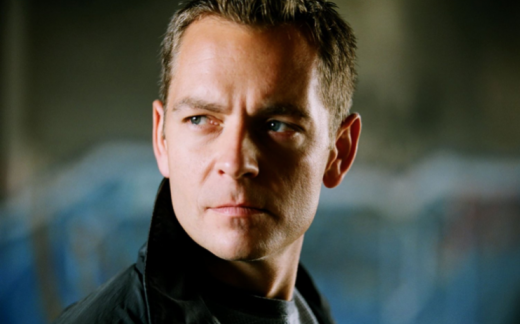 Kipp launched his film career when he wrote, directed, produced and starred in the micro-budget action drama, SUGAR CAIN, which was picked up by Artist View Entertainment for worldwide distribution. He next produced the action thriller, MOVING TARGETS, which enjoyed success in Blockbuster Video and internationally. Kipp then became one of the first filmmakers to work with the 24p High Definition format on the romantic comedy, UP, MICHIGAN!, which he also co-wrote and starred in. After a stint in the theatre, he returned to film by co-writing and producing the character drama, RUNNING SPRINGS. His credits the next few years included films such as THE WAITERS, SAFEHOUSE, STILL WATERS, and BACHELOR PARTY MASSACRE.

In 2011, he wrote, produced and co-directed COFFIN, a contained thriller starring international star Kevin Sorbo and Academy Award nominee and Golden Globe/Emmy winner, Bruce Davison. The film finished in the Top 20 Rentals at Redbox for the week it was released in the U.S., and went on to gain a large international following.

Kipp next produced the multiple-award- winning short, CURIO SHOP: A POST-APOCALYPTIC ACID WESTERN, and THE MAN FROM WAILING RIVER, based on a novel by acclaimed writer, Luke Short. He also expanded internationally by serving as Executive Producer on the WWII film, WARSAW ’44, the #2 most profitable Polish-language film at the 2014 Polish box office. The film was also nominated for Best Picture at The Polish Film Awards.

In 2015, he filmed his long gestating passion project, CHRONOLOGY, two companion films that were shot in Poland and South Carolina. He co-directed from the scripts he penned, and produced the sci-fi thriller that stars William Baldwin, Danny Trejo, John James and Laura James. He recently wrote, directed and produced the sequel, COFFIN 2, which is set for a 2017 release, and served as an Executive Producer on the horror feature THE UNWILLING, also set for a 2017 release. The film stars Lance Henriksen, Dina Myer and Jake Thomas.