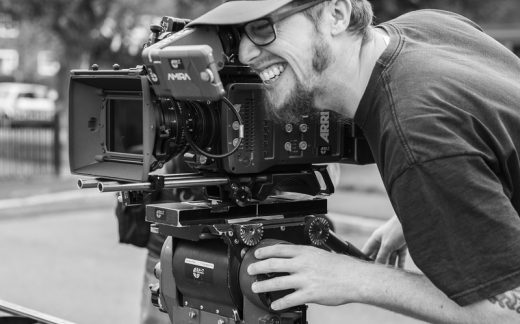 Mat studied Film and Television at Salford University in the UK, and for the past ten years has been writing, directing, shooting and editing short films both on a freelance and independent basis.

‘A Father’s Day’, Mat’s latest film, is his most ambitious to date and was made with the support of Creative England’s iShorts, a short film initiative delivered as part of the BFI NET.WORK. Mat’s previous short film credits include ‘Run’, ‘Kiss’ and ‘Radio Silence’.

‘Run’ has been regarded as somewhat of an internet sensation. Made from start to finish in under four days at the Filmonik Kino Kabaret in Manchester, the film gained much critical and professional acclaim after it was shared by Stephen Fry with his followers on Twitter. It has since gone on to be featured on aintitcool.com’s Saturday Shorts and shortoftheweek.com as well as dozens of other websites and blogs, gaining over 100,000 views. Mat is currently developing a slate of feature films.