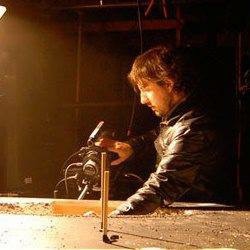 Miguel is a Colombian Film Director, creature designer and cinematographer with over 15 years experience working in some of the industries most awarded VFX studios. Miguel has brought to life characters and creatures in many Hollywood blockbusters including: Jack the Giant Slayer, Avatar, Thor, Harry Potter, A Night at the Museum, Godzilla 2, and Krampus. Working with his partner Tran Ma, he had his own directorial debut with the wondrous Short film “The Green Ruby Pumpkin” and is soon to release the Faustian tale of exploration and mythical creature hunting “The Ningyo”.