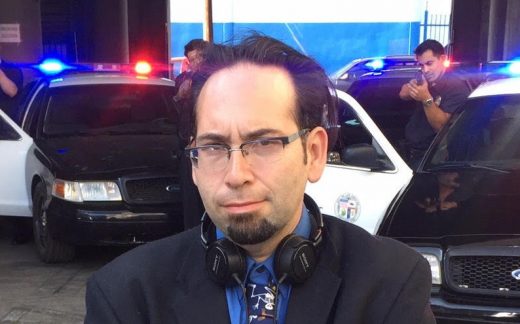 A native to Los Angeles, Mike Mendez was in the backyard making movies since the age of 10. At the age of 23, Mike made his first feature film “Killers,” which was accepted into the Sundance Film Festival. He followed that up with the horror comedy “The Convent,” which was also accepted into the Sundance Film Festival in 2000. The film was released by Lionsgate in the U.S.

In 2002, he produced a documentary for Universal Television and Showtime entitled “Masters of Horror,” featuring interviews with some of the genre’s most legendary filmmakers.

In 2006, Mike’s film “The Gravedancers” premiered at the Tribeca Film Festival and was released in theaters nationally by Lionsgate & After Dark Films as part of “8 Films To Die For”.

After working on short films for X-box and working on television show’s such as “Beavis & Butthead”, Mike’s next film, “Big Ass Spider!” in 2013 would go on to premiere at the SXSW Film Festival. It also won the Saturn Award that year for best limited release film.

The latest batch of work includes the Saturn Award winning horror anthology, “Tales of Halloween” of which he served as a producer and one of the directors.. Mike also helmed the 2015 television movie, “Lavalantula” for the Syfy channel.

His newest film, “Don’t Kill It” starring Dolph Lundgren premiered at Fantastic Fest and is now available through Sony pictures.