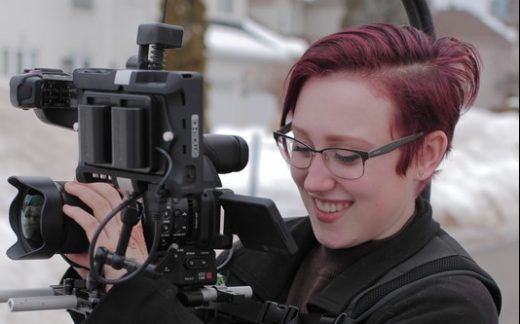 Morgana McKenzie is an award-winning filmmaker from Ottawa, Canada, creating her own short films and working as a cinematographer and colorist for other filmmakers. Morgana’s films have screened internationally at over 100 festivals and won over 30 awards. Morgana’s latest short film “Ellie” screened at over 25 festivals and won 14 awards including the Gerturde Löwengren Award for Best Fiction film from TIFF Next Wave Jump Cuts. Morgana was awarded Best Director Under 25 at the 2015 Ottawa Independent Video Awards, and Best Emerging Female Filmmaker award at NFFTY 2014 (National Film Festival for Talented Youth) in Seattle.