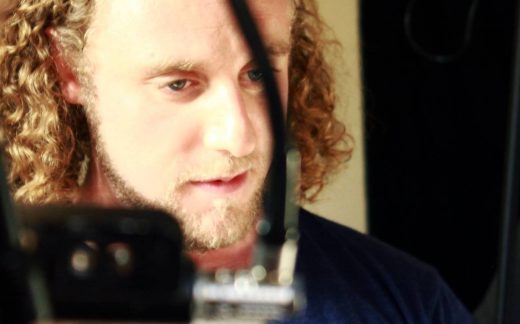 Director, Mark Upon the Flesh / Co-founder, We Are Indie Horror

Neil King currently resides in Los Angeles California by way of Central Florida and Philadelphia, Pennsylvania. Neil has always grown up with a love for horror films. His first dive into horror came at the hands of Freddy Krueger and “A Nightmare on Elm Street” at the age of 5.

From there he fell in love with classics like Halloween and Hellraiser. The love and passion for horror films brought him to study film and marketing at the University of Central Florida where he was a leader in the international fraternity of Phi Gamma Delta. It was there in college where Neil started iNK Films to create music videos for local heavy metal bands. Some of which went on to some great recognition.

After college, Neil left Central Florida behind to pursue a career in Film in Los Angeles, California. In 2011, he shot his first film, a monster stalker titled “Sleepless”. The production was released in 2014. After shooting “Sleepless”, Neil teamed up with now creative partner, Brian Sapir to make the one shot rhyming 3 minute “The Magician”. Originally created for the “ABCs of Death 2” contest, the film went on to do well across the United States showing in various festivals and eventually landing with Scotsworthy Productions and Bloody Disgusting for the “World of Death” YouTube series. 2014 then saw the release of “A Shadow Fell” which scared audiences at the second annual Halloween Short Film Night at the historic El Cid. The film has been called “High Horror Art”.

Currently Neil is co-creator and head editor in chief at the independent horror community and website We Are Indie Horror where he supports the indie spirit all around the world.