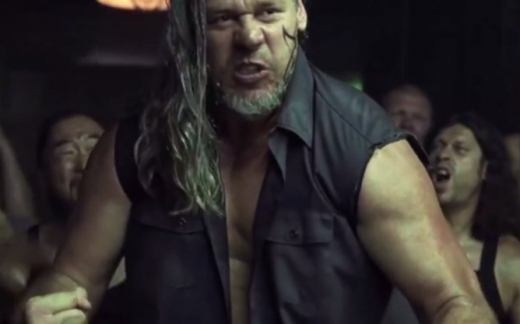 Hailing from Indianapolis, Indiana, Mukes always had the goal of acting professionally in mind. A sports scholarship for basketball was his ticket out to the west coast, and after playing professional basketball for 30 years, Mukes trained for the WWF, then began his acting career.

Mukes took the drive and determination he acquired from professionally playing basketball and applied those qualities to acting. Additionally, the wrestling training he received and the high level of health and physical fitness that he maintains, has allowed him to succeed as a stunt performer as well.

Mukes has spent an extensive amount of time receiving professional training in the field of acting, and standing at 6’10”, he uniquely stands out from his fellow actors. His light, charismatic presence lends to the humorous side of his characters, while the slight darkness that lingers in his physicality lends to the darker, more serious side. This mixture creates a unique and fresh blend that has never been seen before in Hollywood.

His most current projects include HBO’s TV series “WESTWORLD”, the movies COFFIN 2, VALENTINE DAYZ, and BONE TOMAHAWK, as well as Showtime’s award-winning series “WEEDS”, in which he played the memorable Alaskan bounty hunter, Abumchuk. However, he is most known for his role as Rufus Jr. in Rob Zombie’s 2003 classic horror film HOUSE OF 1000 CORPSES, and travels nation-wide to horror conventions, comic cons, and haunted houses to sign autographs while representing this cult classic film.