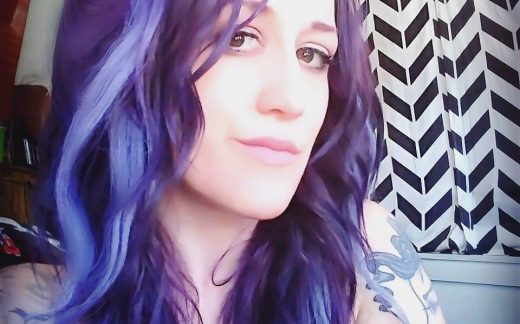 A master of transformation, designer, consultant and creator Brooke Adair Walters has spent over 15 years in the in the entertainment & haunt business. Perfecting the art of scare & making what may otherwise be thought of as macabre or dark something of beauty and entertainment. Brooke is a full-time entertainment design consultant for escape rooms, haunts, live attractions, anyone looking to entertain and create an experience.

She is also a partner at the horror-focused production company Seven Faces Films who just shot a short film based on a Stephen King short story that will be premiering in festivals this fall. Her expertise began with 13 at Cedar Fair Entertainment Company where she ran the creative design department for Knott’s Berry Farm, managed Knott’s Scary Farm & had the pleasure of designing mazes like Trick or Treat, Forevermore, Terror of London & Doll Factory among many others, & her profession has allowed her to produce several music videos, design many escape rooms, and work with horror legends. She is thrilled to be at Scare LA this year teaching a class and has something special planned to scare you this Halloween season!

Make Your Own Burlap Scarecrow Mask

Make your own wearable burlap mask. An easy, comfortable and inexpensive character solution with maximum scare value. You will build your own original burlap mask with a liner for comfort from scratch and customize it with a variety of additions, like stitching, buttons, grommets, leather, blood, and aging. A great mask for haunted houses and […]

A class on the booming business of Haunted Attractions & Escape Rooms. How using elements of horror and haunted attractions in escape room design and vice versa can create a spooky experience that will leave your guests and customers screaming for more.