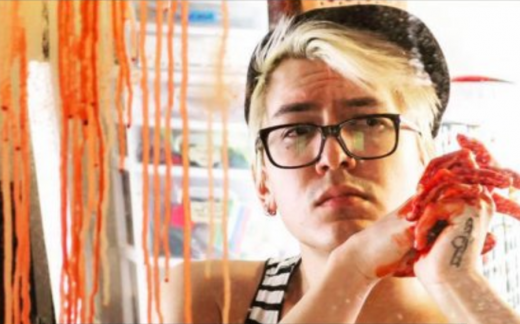 Born and raised in Utah, Jonathon Mario’s fascination with makeup began when he was 10. He began his special effects makeup company, CrowCow FX, in 2010, and has since created hundreds of creatures spanning film, theater, and television. He has appeared on the Travel Channel and graded the face of local news stations.

For the past 5 years, Jon has taken his craft on the road by providing demos and classes across the country. He has made appearances at San Diego Comic Con, Salt Lake City Comic Con, Wizard World, and ScareLA (amongst many others), and has been a featured guest at the West Coast Haunt Convention.

Join makeup artist Jonathon Mario CrowCaw Fx for this intermediate level makeup class. Attendees should have some makeup experience before taking this class, like the “Intro to Makeup” class offered on Saturday. This session covers essential out of kit effects, including cuts, burns, bruises, and blood. Basic character creation is also touched upon and students […]

Let’s make a corpse Head! In this hands-on workshop, students will be instructed on how to corpse out a human skull! Learn Hollywood and haunt style techniques to create realistic looking mummy and corpse for your own Halloween haunts, and take your class creation home with you! $20 Materials fee required, seating is limited.

Join makeup artist Jonathon Mario CrowCaw Fx for this informative demonstration. Attendees will learn techniques that can be used to quickly airbrush a host of creatures for your haunted attraction. Expert and beginner makeup artists alike will learn tips and trick to speed up the makeup process. This class is FREE to ScareLA attendees.

Join makeup artist Jonathon Mario CrowCaw Fx for this beginner level makeup class. No previous makeup experience required. Students are instructed in makeup demos learning the history and types of makeup. Attendees then practice basic painting techniques on themselves and each other (or bring your own model). Each paid student gets to take home a […]