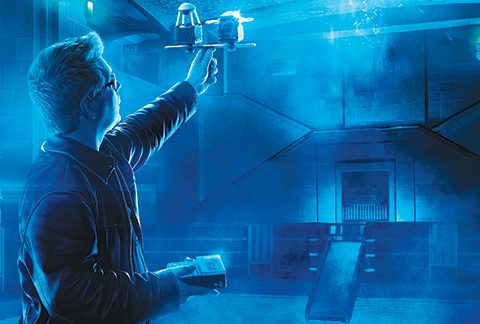 Born into the Scooby-Doo generation and growing up a Monster Kid, Matthew Schulz’s interest in the spirit realm was greatly encouraged when it was discovered his uncle and aunt lived within a turn-of-the-20th century haunted mansion with a storied history. Alhambra, California’s The Pyrenees Castle is now landmarked  for being the one-time home of music producer Phil Specter and the location of his companion’s, Lana Clarkson, murder.
At the age of eight, Matthew would sneak a shoe box style analog cassette tape recorder into the estate’s attic while attempting spirit communication. With no knowledge of paranormal investigation techniques, these efforts would be later known to him as his first Electronic Voice Phenomenon [EVP] recording sessions.