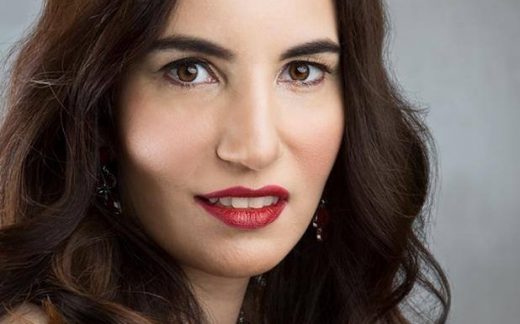 Vida has been active on the Tinsel town scene as an award-winning actress and voiceover artist. This comedic powerhouse is best known for her appearances on the television comedies, The Mindy Project formerly on FOX, Jimmy Kimmel Live on ABC, and Mind of Mencia on Comedy Central. These projects cap off a number of successes for the versatile starlet. She just wrapped a supporting role in Nation’s Fire, which will be distributed by Universal opposite two-time Oscar nominee Bruce Dern, Emmy winner Gil Bellows, iconic action and horror film heroine Laurene Landon and UFC Champion Chuck Liddell.

Her other film, the much buzzed about Holy Terror, where she plays the pivotal role of Hayley, a very troubled young woman opposite legendary actors Mel Novak (Bruce Lee’s Game of Death, Black Belt Jones) and Kristine DeBell (Meatballs, The Big Brawl). Holy Terror is climbing up the charts and is #11 on Amazon Prime UK. This scream queen has gotten local, national and international press from this project and was billed as “the Persian Linda Blair” from her work in this role by noted journalist Maurice Dwayne Smith. Here’s Holy Terror’s trailer.

Avoiding Horrific Pitfalls: What is a Release and Why do I Need One?