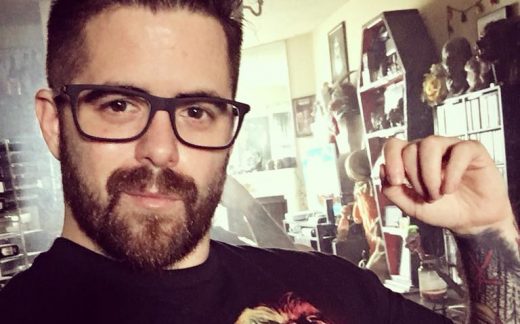 A lifelong film fan who wears his love for horror on his sleeve (literally), Luke LaBeau began his career in the genre space at FEARnet, a television network, editorial outlet and multimedia conglomerate under the Lionsgate umbrella that was focused on horror, thriller and suspense entertainment.  After the untimely Comcast buyout of FEARnet, Luke took his knowledge of marketing and his expertise of horror to Relativity Media, where he managed several campaigns for theatrical genre film releases such as The Woman in Black 2: Angel of Death and The Lazarus Effect. From here, Luke ventured to Blumhouse Tilt, the marketing and distribution division of genre powerhouse Blumhouse Productions, where he oversaw the marketing efforts for the theatrical releases of numerous films including Eli Roth’s The Green Inferno, The Belko Experiment, The Darkness, Incarnate, and many others. It was the success of one particular film,The Belko Experiment, a co-release with MGM Studios under the Orion Pictures label, that served as the catalyst for the next step in Luke’s career. This film sparked the resurrection of the famed Orion Pictures label, where Luke was asked to help lead the charge in bringing back the iconic and nostalgic studio known for timeless classics and cult hits such as RoboCop, Silence of the Lambs, Killer Klowns from Outer Space, and countless other beloved films. Luke now serves as the Vice President of Digital Marketing for Orion Pictures, where he continues to find innovative ways to tell stories, market a slate of unique and edgy films, and make his mark on the genre space.