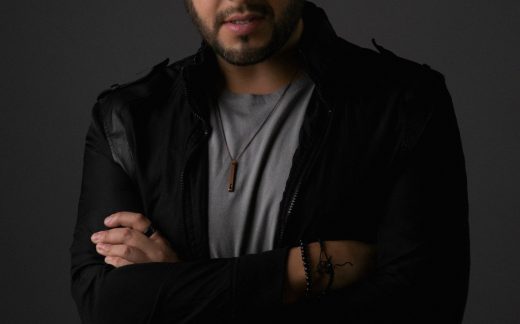 Joe Lujan is a horror director, screenwriter, producer and graphic novelist. His horror trilogies “rust”and “Atelophobia” have won him numerous awards, including Best Horror Feature Honorable Mention for“Rust” at the Upstate NY Horror Film Festival in 2017.  He sites the fears of being imperfect, he was very badly bullied in high school, as the main influence for how he expresses his artistic vision through his films.

His film “Atelophobia” is a direct result of these experiences, here is the basic plot:
Atelophobia is the fear of imperfection. In the first film of this trilogy, we meet Meredith, a girl who
desperately tries to fit in with the beautiful people, a group of pageant girls that have been friends since
childhood. When her attempts fail, and the bullying laps over into adulthood, Meredith snaps and begins a deadly with the girls who treated her so horribly.

Now, in the second installment, “Atelophobia: Chapter 2,” creator and director Joe Lujan throws us back
into the terrifying game. “Atelophobia,” the film, has been released and a group of fans have decided to
make a real-life sequel. The games begin once the entire case and director have been captured. Now
they now must play a new game of life or death.