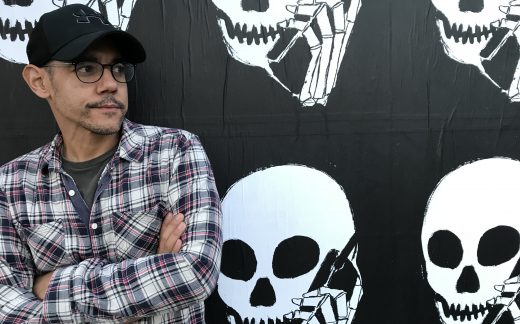 Thomas M. Hewlett grew up in Los Angeles and was raised on a steady diet of science fiction, fantasy,
and all things mythic and paranormal. While he knew he wanted to be a writer at the age of twelve, after
college he strayed from the path and into drugs and alcohol addiction.

Hewlett had his first drink when he was seventeen and blacked out shortly after finishing it.  He woke up
thirteen years later, with little to show for his life besides a notebook full of unwritten books. Finally, in
2011 he hit rock bottom and ended in up in a rehab facility after a suicide attempt. It was there, at his
lowest point that he rediscovered the power of writing and found the idea for his Twelve Stakes series,
when a good friend suggested he write a story about “vampires in AA.” With the encouragement and
support of his loving wife, he decided to combine his experiences of addiction/recovery with his love of
modern horror and mystery.

Twelve Stakes is a neo-noir horror thriller featuring vampires coping with blood lust by attending AA
meetings in Los Angeles. It follows a hard-boiled detective in the tradition of Raymond Chandler, if
Marlowe was super into drinking blood and hanging out at classic Hollywood hotspots when not chasing
down serial killers and drug-distributing faeries.
Writing the “Twelve Stakes” series saved Thomas’s life and became his way of telling a new story about
himself. It’s his hope that other lost souls will find through his work a community of readers and the
inspiration to re-imagine their lives.
www.twelvestakes.com