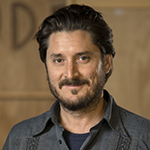 Sean is an award winning filmmaker whose body of work spans music videos, film and documentary. He has directed over 40 music videos for many of Australia’s most acclaimed musicians including Missy Higgins, Silverchair, The Sleepy Jackson, The Living End, Tim Finn, The Birds of Tokyo and Gin Wigmore. His feature documentary Fantome Island screened at The Brisbane International Film Festival, won Best Australian Film at the Human Rights Arts and Film Festival and recently received its first national broadcast on Australian television. Sean’s short films have won accolades and screened internationally with his latest, The Baby Whisperer, premiering at Screamfest LA in 2017. It’s his passion for storytelling, performance and fresh creative ideas and ho to bring those to the screen that means the most to him.