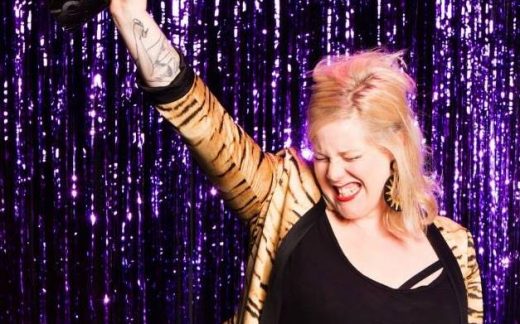 Past film credits include: Associate Costume Designer on The Wolverine, Costume Designer for Not Suitable for Children, Costume designer for Jim Henson’s Oscar’s Hotel for Fantastical Creatures and Me & My Monsters, Gypsy was the storyboard developer for Shaun Tan’s Academy Award winning short film The Lost Thing.

After graduating with a Bachelor of Design from NIDA in 1994, Gypsy worked as Catherine Martin’s Costume Design Assistant & Illustrator on Baz Luhrmann’s Australia, Alexander the Great and Chanel No.5, as well as, Catherine Martin’s homewares range.

Gypsy has been nominated for 3 awards, winning the Streamy Award for Costume Designon Oscar’s Hotel for Fantastical Creatures in 2016. Other nominations include: Best Scenic Design at the Helpmann Awards for Shaun Tan’s The Red Tree in 2012 and Best Illustration at the Australian Production Designers Guild Awards for The Chronicles of Narnia: The Voyage of the Dawn Treader in 2010.

On the side Gypsy teaches Costume Design and Illustration at the Australian, Television, Radio School (AFTRS) and National Institute of Dramatic Art (NIDA) and has given talks at Carnegie Mellon University and AGIdeas Design conference. Gypsy’s latest venture is The Lead Club, a costume and figure illustration evening class held in historical Los Angeles locations.

Election Day Mask Making Workshop: Make Your Own Battle Mask to Prepare for The Purge.

With 25 minutes on the clock you must create a mask to hide your identity before The Purge begins. Presented by Pencil Skirt Productions, in this hands-on workshop attendees will design, build and model your very own battle mask made from household items. The most killer mask takes home the prize.

In this character drawing workshop you will learn the tricks of the trade from expert character designer Gypsy Taylor. Along with a real live Babadook, Gypsy will lead attendees through her development process of turning a character brief into reality, through concept drawing and design. This process can be utilized for both film and haunted […]