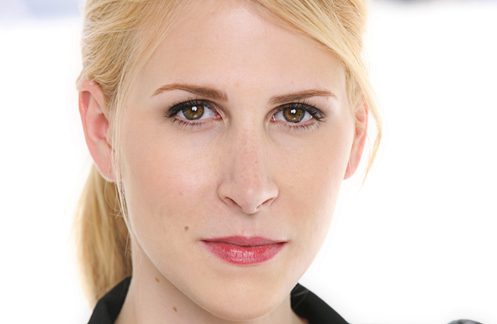 Director, "Light as a Feather"

Lisa J Dooley recently graduated with her M.F.A. from the University of Southern California’s School of Cinematic Arts. Before attending USC, Lisa received her B.F.A. in Drama at NYU’s Tisch School of the Arts.

In 2014, Dooley was approached by producer Mali Elfman to create a 5-minute film for the Fun Size Horror Collective, an online project that gathered 31 horror shorts from dozens of filmmakers to be released online during the month of October. Her short Persephone went on to become one of the project’s best reviewed shorts, and was featured on Shock Till You Drop, Bloody Disgusting, and distributed through Gravitas Ventures on Hulu, iTunes and Amazon.com under the Fun Size Horror: Year One banner. This past Halloween, Lisa paired with Fun Size Horror once again with the release of her homage to ‘Are you Afraid of the Dark’, Light as a Feather, which was selected to be part of the 2018 Etheria Film Night Tour.

Lisa’s most recent outing as writer/director, Silence of Others, was completed in May and stars Myko Olivier (‘Castle’, ‘Menendez: Blood Brothers’) and Rae Olivier (‘The Best of Enemies’, ‘House of Good and Evil’).

Other short films directed by Dooley have been featured on Cracked.com, Film School Rejects, Funny or Die, and screened at over a dozen film festivals across the country and abroad. At USC, Dooley adapted and directed Ellen Emerson White’s novel The Road Home for her first narrative project. The Road Home was an official selection of Sunscreen West, GI Film Festival, High Falls Film Festival, and the Burbank International Film Festival. While studying at USC, Dooley also served as a student assistant for Everett Lewis, award-winning filmmaker (‘The Natural History of Parking Lots’, ‘An Ambush of Ghosts’) and head of the Directing track, and worked to help increase the representation of women in Guest Director panels hosted at the school. While studying at USC, Lisa met production designer Dawn Snyder (‘Arrested Development’, ‘Psych’) and went on to work in her art departments for the upcoming Netflix series ‘Best Worst Weekend Ever’ and the 2018 Paramount Pictures pilot ‘Girls Code’, directed by Paul Feig. Dooley is also a founding member of the sketch comedy troupe ‘Pursued by Bear Comedy’. She founded the group with fellow NYU Alumni Kelly Landry and Craig Lee Thomas in 2009.

Films in This Block: A Beautiful Place (Directed By Matthew Vinaja) – Danny Gulfman(Tony Moran), lays in bed sick, dying of cancer. An angelic woman named June Walters(Genevieve Graves) comes to him and at that moment, he knows his time has come. Danny begins to ask questions about where he is going, but knows that […]