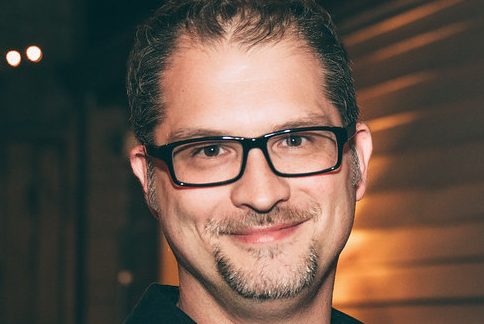 Director, "Those Who Dwell Within"

As a working film crew member, Mike broke into the business working on WES CRAVEN’S WISHMASTER the Oscar-winning film AMERICAN BEAUTY as well as RUSH HOUR and BOWFINGER. He then moved into the Art Department working on THE PRINCESS DIARIES, S.W.A.T., BLADES OF GLORY and many others. He also worked on various commercials, television and music videos. Mike continues to successfully work as a crew member on many high-profile film projects. In the past few years he’s worked on CLOVERFIELD, TRON: LEGACY, OBLIVION, JURASSIC WORLD, and KONG: SKULL ISLAND. He has recently completed a stint on the hit HBO show WESTWORLD.

In 2008, Mike enrolled in UCLA Extension’s Film Directing Certificate program. In the Summer of 2010, APRIL was his final thesis project. He graduated from the Certificate Program “with distinction” for his outstanding GPA. APRIL went on as an official selection in many film festivals throughout the world, collecting awards along the way. His follow-up short films TWO-SHOT, THOSE WHO DWELL WITHIN and THE REAL TRUTH BEHIND THE REAL TRUE STORY: DONNIE MILLER has all seen acclaim in the film festival circuit.

Piccirillo recently completed his first feature, THE THING BEFORE THE THING. Shot on a partially crowd-funded micro-budget of $30,000, the film was conceived and executed through unscripted improvisation. It premieres in Summer 2018 in festivals around the world.

Piccirillo resides in Santa Clarita, California with his wife Wendy and their son, Dante.

Films in This Block: A Beautiful Place (Directed By Matthew Vinaja) – Danny Gulfman(Tony Moran), lays in bed sick, dying of cancer. An angelic woman named June Walters(Genevieve Graves) comes to him and at that moment, he knows his time has come. Danny begins to ask questions about where he is going, but knows that […]