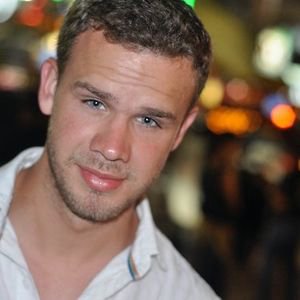 Tom Marshall grew up in the Northeast town of Middlesbrough and began making short films with his friends in college. He went on to study TV & Film Production at Teesside University.

In 2007 Tom’s self funded short film ‘bigboy_74′ won the BBC New Talent Award, the Think Sync Film Award, ‘Best Film’ & ‘Best Director’ at Milwaukee Short film Festival and later broadcast on BBC 3. It was made on a budget of £300.

In 2008 he was named a ‘Star of Tomorrow’ by Screen International magazine as well as being nominated for a 4Talent Award in the Best Director category.

Tom’s short film ‘Happy Clapper’ premiered at the Edinburgh International Film Festival and is currently being developed into a feature film with funding from Northern Film and Media.

For his TV work Tom has directed 5 episodes of the highly acclaimed and highly controversial comedy ‘London Irish’ for channel 4 and Company Pictures. The Independent called it “not only edgy, but most importantly, very, very funny” He also directed the second series of ‘Drifters’ for Bwark Productions and is currently directing 6 episodes of a brand new E4 comedy called ‘Chewing Gum’.

Horrible Imaginings Film Festival: Horror is not always what you think! Our mission is to amplify voices that express those emotions that make life a little more challenging. Fear, anxiety, despair, desperation, dark fantasy, unhealthy longing, terror–those parts of the human condition all of us recognize, but few of us enjoy talking about. We sincerely […]